Surfer critically injured by shark off southern Australia; witness reports large great white
Amazing!
Shark diving in New Zealand has been in trouble for a while. The local Paua divers at Stewart Island are claiming that the shark diving activity is causing white sharks to change their behavior and are trying to get it banned. 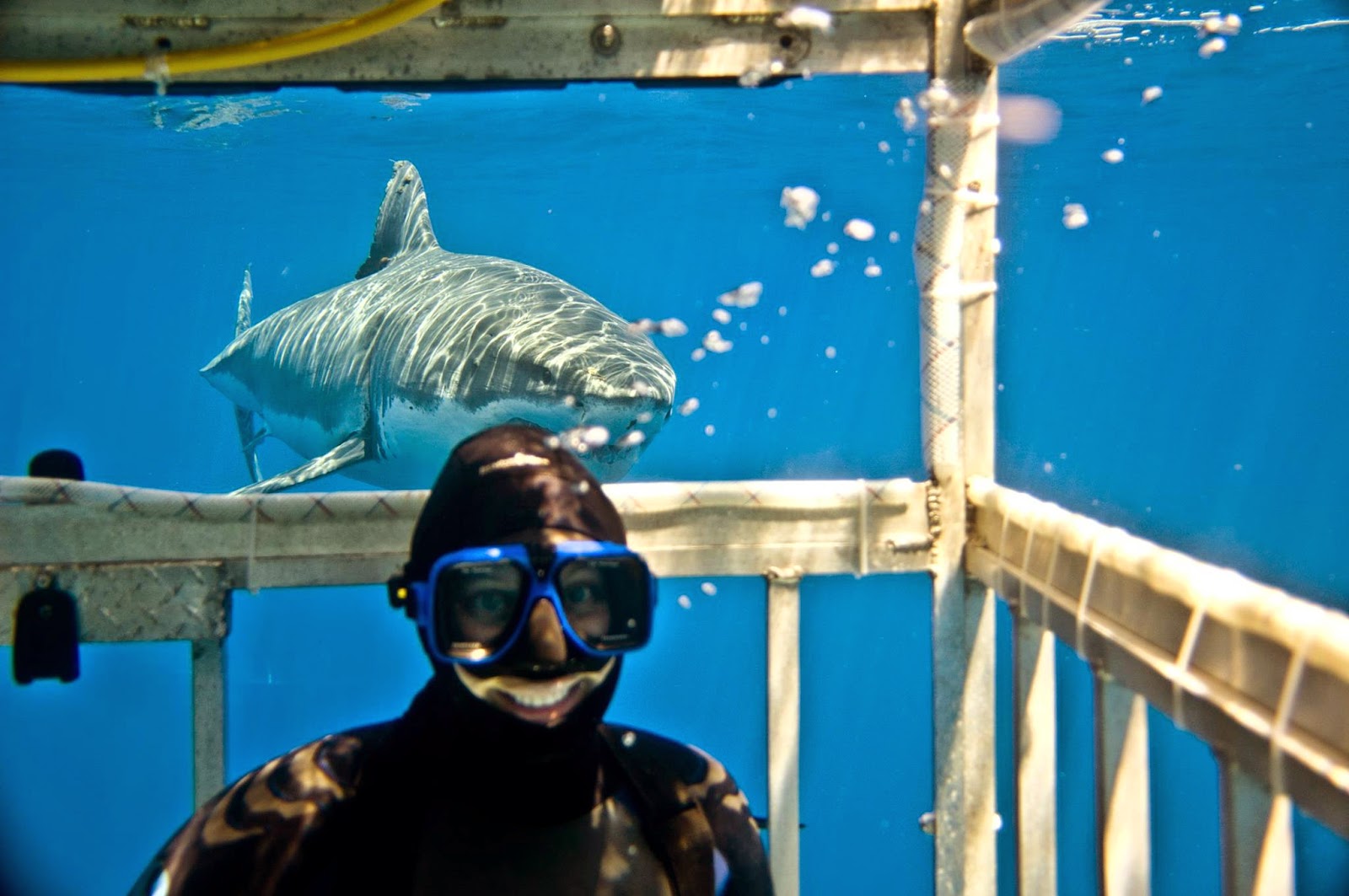 The Inquisitor writes. "Aggressive Great White Shark! Behavioral Changes’ Spur Proposed Diving Ban In New Zealand "  The behavior of great white sharks around New Zealand’s Stewart Island has notably changed, according to local Paua divers, prompting authorities to call for a ban on local shark diving in light of the increasingly aggressive predators." According to them "NZ First MP Clayton Mitchell noted the frequency with which great whites were being observed by local fishermen, asserting that the sharks are seen every day. He alleged that this amounted to a change in the sharks’ behavior, raising fears among the local Paua divers who make their living in the shark-infested waters.
“They are very, very concerned about their safety. It’s not a matter of if there’s an incident, but when and how often,” he noted. “Those close encounters are happening more frequently, to the point where on a daily basis when people are going out there and dropping a fishing line into the ocean, sharks are coming up. That’s behavioral change.” Entire article here:
I'm always amazed that fishermen blame shark diving, which uses some attractant (chum) and small hang-baits (tuna heads) are for "feeding" the sharks and thus making them associate boats with food. They themselves are feeding the sharks (unintentionally) with entire fish. A struggling fish, hooked on a line attracts predators and since they are on a line and not able to swim away, an easy meal for the sharks. Wouldn't it make sense that the fishermen themselves are at least as much to blame for that association? 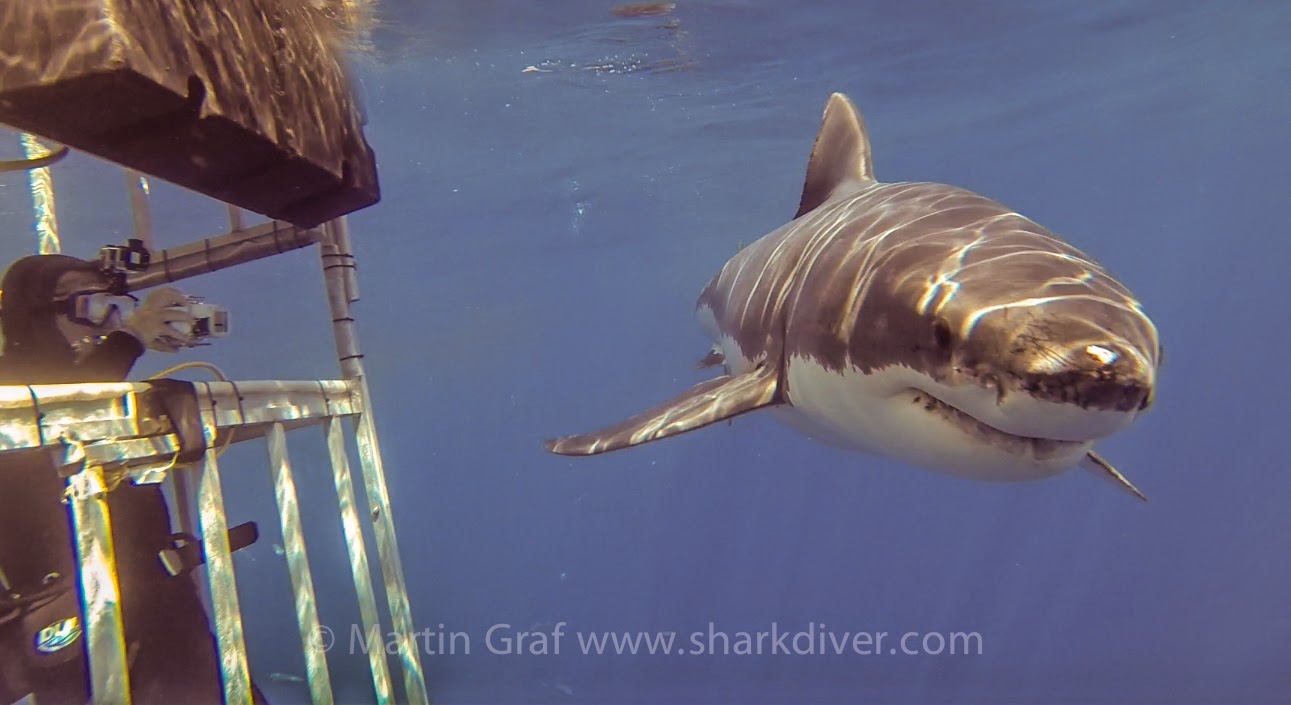 We know that when it comes to sharks, reason usually goes out the window and people argue mostly emotionally. As shark conservationists, we have to take that into consideration and need to be careful not to fuel their fear. And therein lies the problem. The need for some individuals, who claim to be conservationist, to make themselves look like superheros by doing all kinds of stupid stuff with those sharks and making it public, plays right into the hands of those who blame us for their behavior changes.
Today, the New Zealand Herald is reporting that a local group of Paua divers is using footage from a shark week "documentary" to claim that shark diving is to blame for sharks associating boats and humans with food.  They write: "Footage has emerged of the terrifying moment a 6m great white shark lunged at a dinghy carrying an international film crew off Stewart Island.
Two people were on the inflatable craft filming for documentary Lair of the Megashark, which screened on Discovery Channel last year, when they had the frightening encounter." source In this video that was put online, you can see the filmmakers put a hang-bait right by the boat to attract the shark. When the shark goes after it, they make it seem like it was going after the boat itself. Stuff like that doesn't help to spread the message that great white sharks are not mindless killers.  This "documentary" is of course by none other than renowned "shark porn" producers ABC4 and Jeff Kurr.    Jeff Kurr is making statements like this: I’ve been wondering about why the sharks in New Zealand are so much more aggressive. and I can’t think of many things more eerie than descending into this inky blackness and being surrounded by three, four, six, eight massive great white sharks. That’s pretty scary stuff. source So he's making a statement of fact, white sharks in New Zealand are more aggressive than in other places. What an "expert"! (sharkasm intended) Him saying that it's pretty scary stuff to be surrounded by sharks isn't exactly easing the fears of those Paua divers. Of course the titles of their "documentaries" "Lair of the megashark" and "Fins of Fury" doesn't help either. There are many studies that dispute that shark diving will cause the sharks to attack boats, but like anything having to do with sharks, hysteria and opinions seem to trump facts. When these "experts" and self proclaimed "shark whisperers" fuel that hysteria just to get ratings for their shows, or further their superhero image, they hurt the cause severely. The bottom line is this, if we as an industry don't speak out against these kinds of shows and actively participate by allowing them to film this stuff off our vessels, we hurt not only conservation, but our own businesses. The operators in New Zealand have been finding that out the hard way. I have stated this before. You may have mixed feelings about shark diving, but one thing is clear. At Guadalupe Island we have been chasing off poachers in the past. If for some reason the cage diving there gets shut down, there will be nobody looking out for the sharks and the poachers will have free reign. 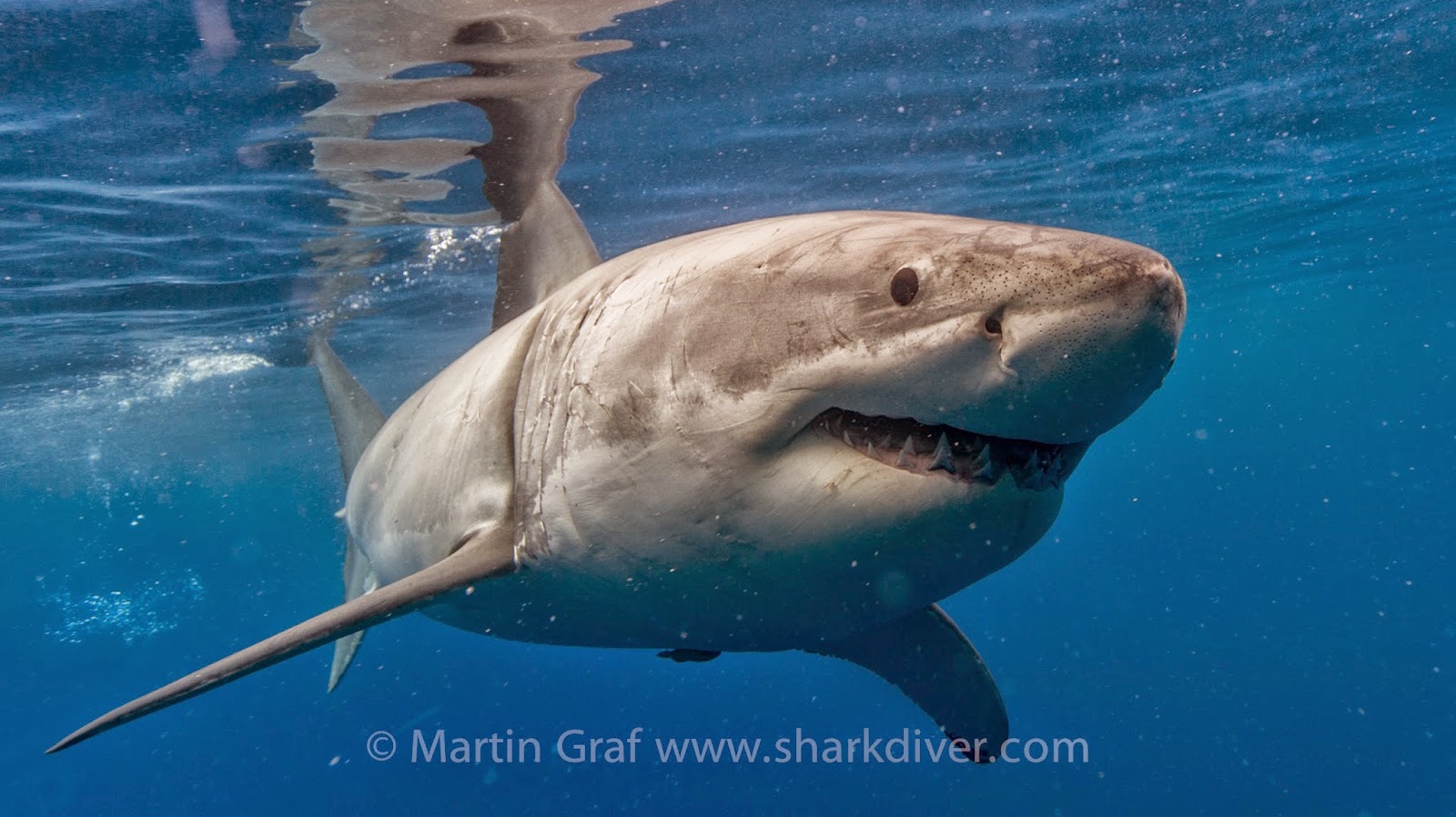 So let's go shark diving! But let's do it legally, responsibly, safely and in a way that portrays the sharks as what they really are, awesome predators, to be respected but not to be feared! Cheers, Martin Graf CEO Shark Diver  About Shark Diver. As a global leader in commercial shark diving and conservation initiatives Shark Diver has spent the past decade engaged for sharks around the world. Our blog highlights all aspects of both of these dynamic and shifting worlds. You can reach us directly at staff@sharkdiver.com.
cage divingguadalupe islandnew zealandshark conservationShark diving
26
Apr 2015
By Shark Diverswimming with sharks, UncategorizedComments Off on Shark “Documentary” causing problems in New Zealand