Congratulations Australia! You have done it again. According to “The Australian” a catch and kill order has been issued for what is believed to be a great white shark that killed a surfer over the weekend.

The article states 35-year-old Chris Boyd, was attacked on Saturday morning by what’s believed to be a great white shark at the popular surf break Umbries off Gracetown, 270km southwest of Perth. Mr Boyd, originally from Queensland, was killed instantly when he was mauled by a great white shark while surfing at popular break “Umbies” off Gracetown, 270km south of Perth at about 9am WST yesterday 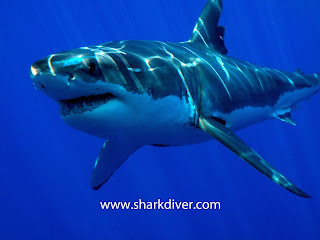 This is another typical reaction for a government agency. Do something, no matter how stupid, just to appear to be doing something.

Our heart goes out to the family of Mr. Boyd, but indiscriminately killing an animal is neither bringing Mr. Boyd back, nor is it making the ocean any safer for anyone else.


About Shark Diver. As a global leader in commercial shark diving and conservation initiatives Shark Diver has spent the past decade engaged for sharks around the world. Our blog highlights all aspects of both of these dynamic and shifting worlds. You can reach us directly at staff@sharkdiver.com

24
Nov 2013
By Shark Diverkill order, shark fatality, stupid government, UncategorizedComments Off on Another catch and kill order for a great white shark?