Are white sharks parenting their offspring?
Switzerland bans the importation of shark fins!
As shark diving operators we have to be aware of our actions and how they are depicted in the media. Every time something goes wrong, or someone get's a sensationalistic video of a shark dive, the shark gets portrayed as a bloodthirsty manhunter! 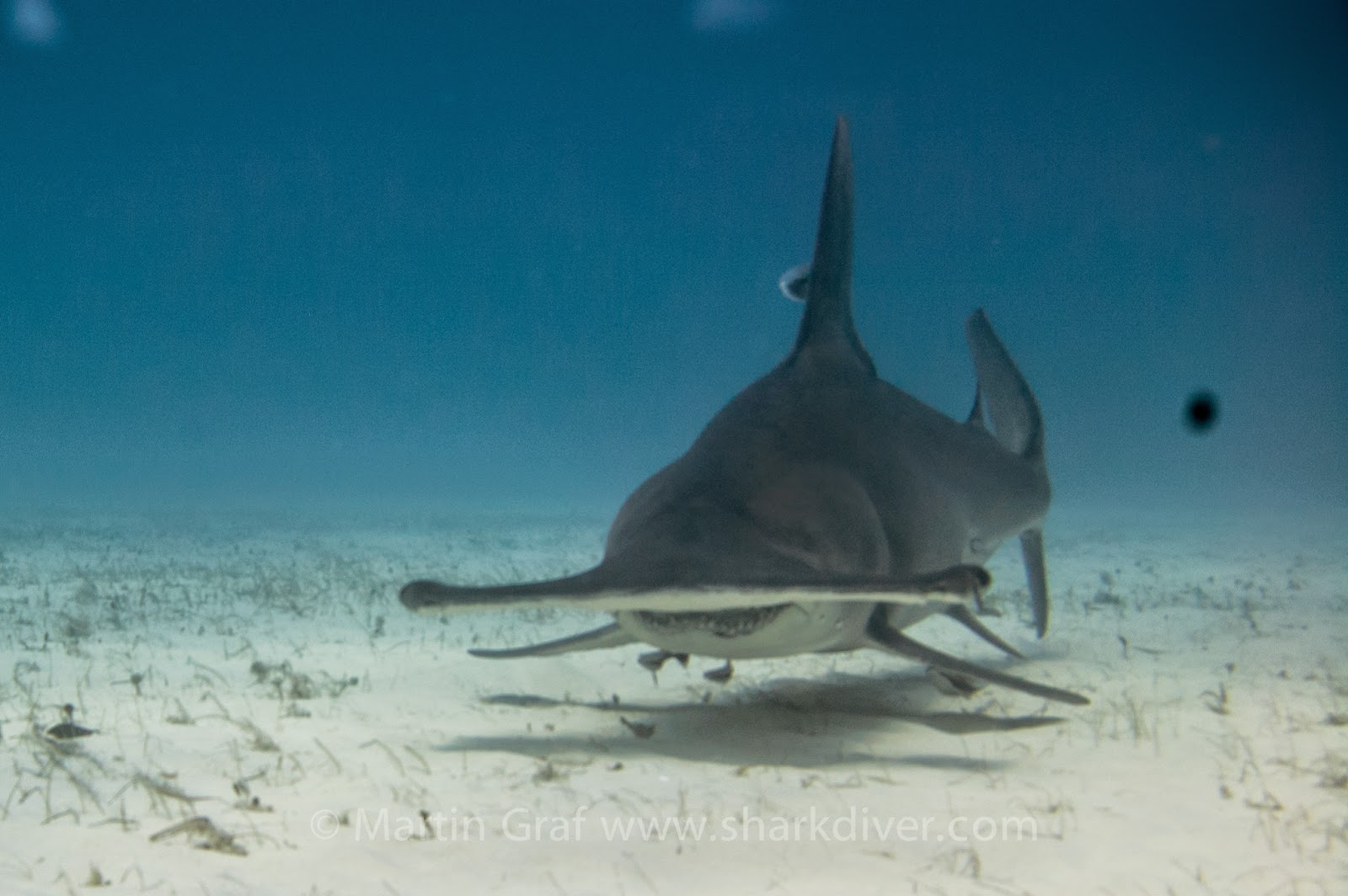 Well, watch the video below and you'll see for yourself.

Basically we have a diver with a piece of fish in his right hand, not wearing any chainlink glove or any other protective gear, standing right next to a bait box. When the hammerhead approaches the diver, trying to get the fish, the diver grabs it's head and pushes it around. You notice that the first guy who was feeding the shark is actually turning it's back to this "angry" shark. That alone gives you an indication of how "responsible" this outfit is. You'll also see that the only diver the shark is interested in, is the one with the fish in his hand and not the "tasty rubber suited human" as news 9 would have you. 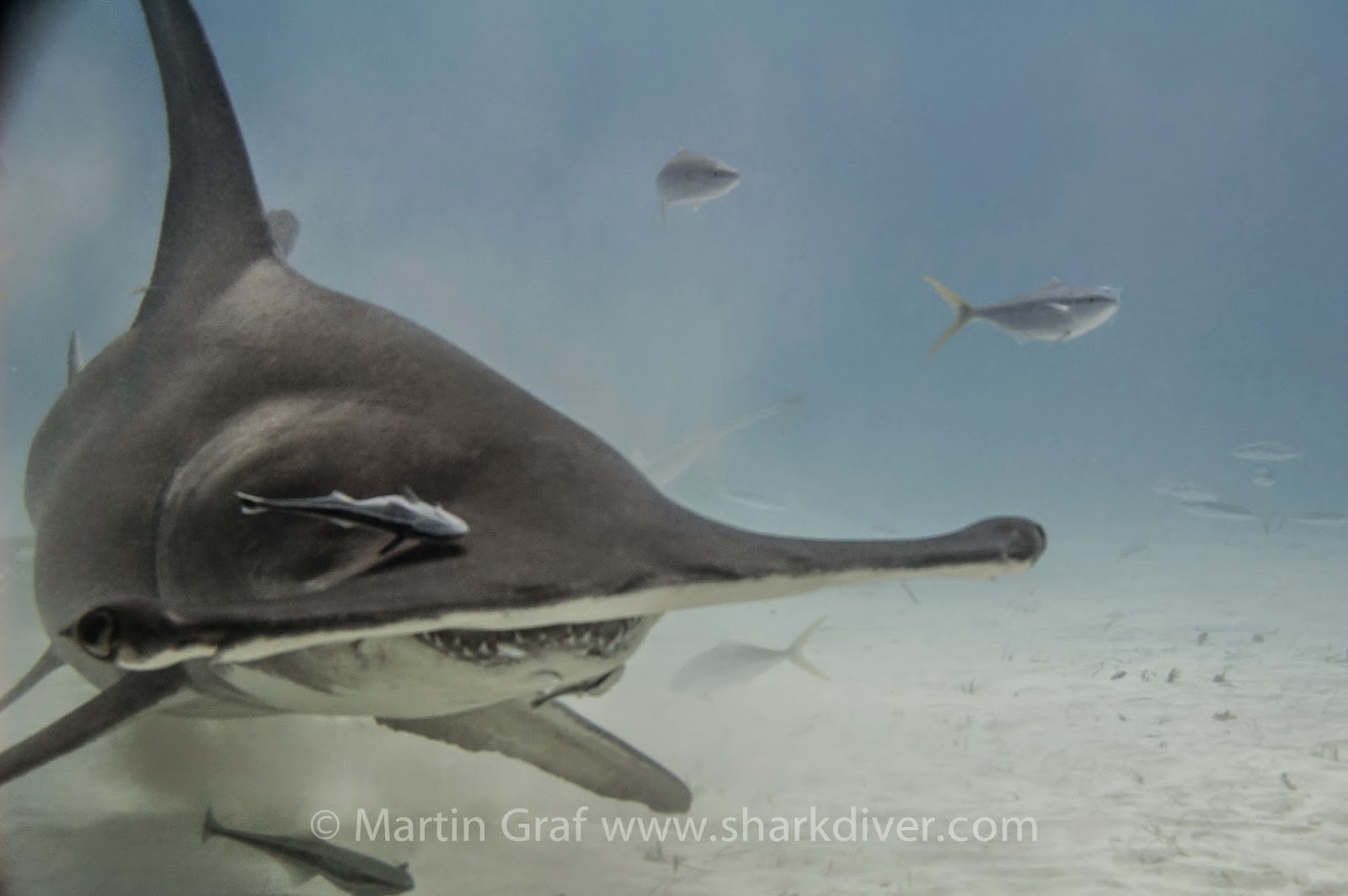 News 9 writes "As hard as the shark tries, it just can't get close enough to the tasty rubber-suited human to take a chunk out of him, and the diver seems to know it."

It's not just the media though. In an effort to make money off the video, the diver who shot it, advertises it like this

"Hammerhead shark tries to attack diver! A dramatic video has emerged of a hammerhead shark trying to attack a diver in the Bahamas. In the footage, captured during a scuba diving trip in the Bimini Atoll in late January, the shark can be seen circling a diver before lunging forwards several times. Fortunately, the experienced diver was able to push the shark away and survived the experience without any injuries."

We at Shark Diver practice "safe and sane" shark diving. Along with the many responsible shark diving outfits out there, we are aware of our responsibility to treat the sharks with respect and portray them in a realistic light. You won't find us riding, hugging or flipping them, we respect them to be awesome predators that are not trying to eat us, but are neither trying to be hugged by us. We are not trying to tease the shark with a piece of fish in our hand and then call it an attack, when the shark tries to get to eat the fish. 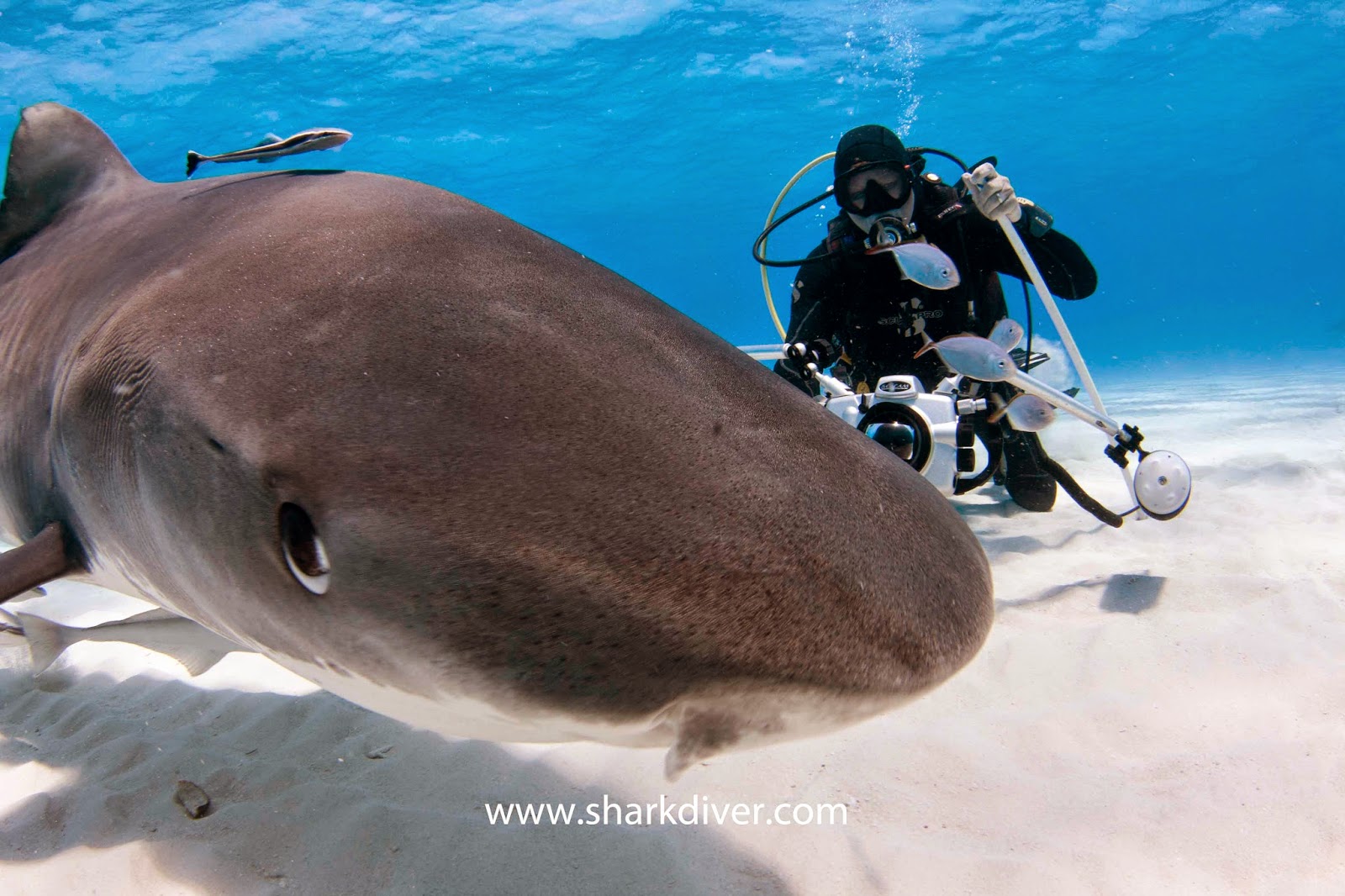 We get close to the sharks, but we don't hug them! We are aware that if anything bad happens during a shark dive, the sharks will get blamed and not the irresponsible divers and operators. If you want to know who the operator of this particular dive was, just watch the video. It's name is prominently displayed on the bait box!

About Shark Diver. As a global leader in commercial shark diving and conservation initiatives Shark Diver has spent the past decade engaged for sharks around the world. Our blog highlights all aspects of both of these dynamic and shifting worlds. You can reach us directly at staff@sharkdiver.com.
shark diverShark diving
10
Mar 2015
By Shark Diverhammerhead shark, stupid diver, stupid media, swimming with sharks, UncategorizedComments Off on Hammerhead shark attacking diver?